skip to main | skip to sidebar

Wynona at 3 with Walter at side 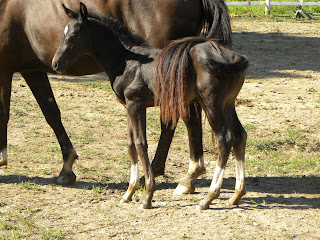 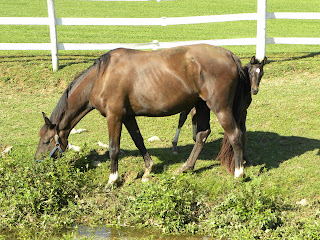 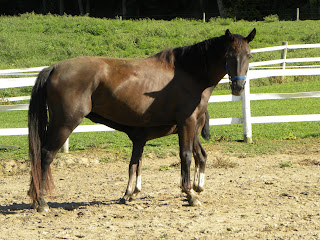 Posted by camohn at 3:45 AM No comments: 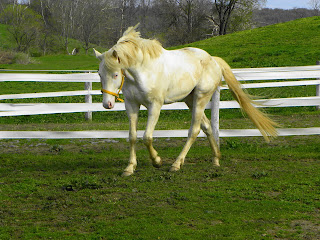 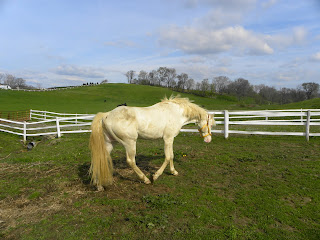 Posted by camohn at 3:33 AM No comments: 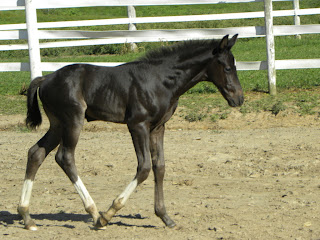 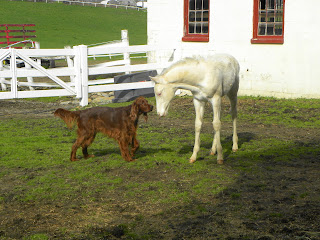 8/11 update: although Junior (APHA White Tie Affair) is not b
Being actively promoted at stud yet as he has been slow to physically mature he is under saddle being lightly ridden and hacking out. His first 2 test foals arrived this summer: White Fox (aka Pebbles) is the white filly out of one of Mikes polo mares and Walter is the black colt out of our warmblood mare Wynona by Waldaire. Both foals are offered for sale/please inquire for more photos available of parents and siblings. Walter can be sold as a package deal with his dam or solo after weaning.He was born the last week of July so that will be a while yet. Wynona and Walter are being offered as a package deal pre inspection for 12,500 (Wynona the dam is unbacked yet due to being in foal though she has had groundwork done). AWR inspection is in October. Wynona is a bold/independent horse and a good jumper. (How she ended up in foal at 2/foaling at 3: jumped her fence) and she is a flatter hunter/jumper type mover.
White Fox (Pebbles) is being offered for under 1K if sold as a weanling due to the fact she is not a registered foal (APHA/Appaloosa cross). Her dam is a typical stock horse build and she has a little bit of that in her being just a bit short in her reach at the shoulder compared to her sire. The rest of her confo Junior did an excellent job improving on the mare. Although a bit upright in the shoulder and short in her stride, her dam was still a good sporthorse....just not in dressage. Foxy played polo and jumped well. She was the born bombproof sort and Pebbles has gotten her sweet and willing/people oriented personality...looks like she will be a super easygoing horse like her dam. She will make a nice local hunter/4H/Ponyclub horse. The sire of the foals is just shy of 16H and still lanky looking/not finished yet at 4 so we expect him to mature at about 16.1H. Wynona/dam of Walter should finish at 16.2 . Foxy, dam of the filly is 15.1H and the filly is a big girl...I expect her to mature at more than that....probably more like 15.3H.

Posted by camohn at 7:22 PM No comments: 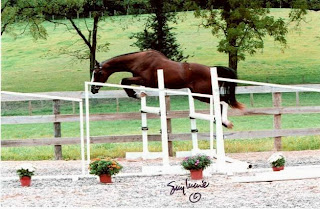 Posted by camohn at 3:00 PM No comments:

We previously stood our much loved sabino overo Thoroughbred stallion Wild By Design. He passed away from a tragic stall accident in November of 2006, having produced a dozen foals including 2 stallion prospects. The first colt (Rare By Design, APHA) showed successfully as a green broke 2YO US with his owner in VA, becoming the NSBA 2007 HUS reserve champion.
We bought back his last colt as a stallion prospect as well: 2007 APHA colt, name pending of Dress Whites, out of the APHA mare Whiz Chick.
Posted by camohn at 2:49 PM No comments: